Orlando has an aggressive pedestrian and biking plan to eliminate fatalities by the year 2040. Part of that effort is to develop a continuous Orlando Downtown Loop (formerly called the Orlando Bicycle Beltway), which is already emerging. This effort uses portions of existing bike trails and is filling gaps to eventually create an 8.5 mile trail loop. See map. (Note: On our Google map, in addition to the Loop and gaps, we believe it useful to include the entirety of the connecting bike trails, so at a glance you can view all nearby cycling options.)

Below we list the Orlando Downtown Loop trails, connectors, and remaining gaps, starting on the Orlando Urban Trail at Magnolia Avenue and going clockwise. 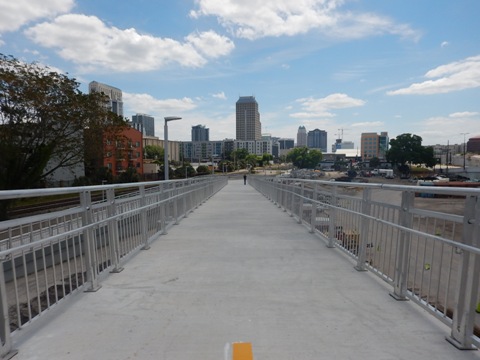 The Orlando Urban Trail will link Downtown Orlando to the city's northern boundary at Winter Park's Mead Garden, about 4 miles.

From Magnolia Avenue, go east to Lake Highland Avenue (about 0.6 mile) and then follow the street route to the Cady Way Trail at Druid Lake Park. 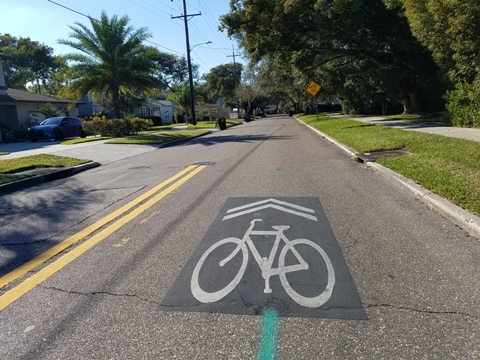 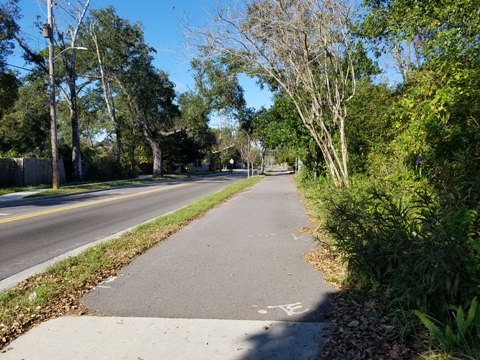 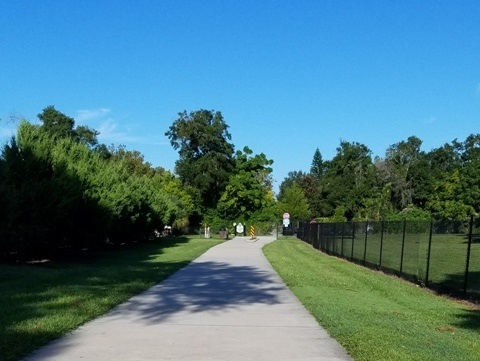 Cady Way Trail
7.5 miles total through sections of Orlando and Winter Park. Connects to the Cross Seminole Trail at the Seminole County Line, and to Lake Baldwin Trail at Baldwin Park.

From Lake Druid Park, follow the trail to Maguire Blvd. (0.5 mile) and then go south to E. Colonial Drive. 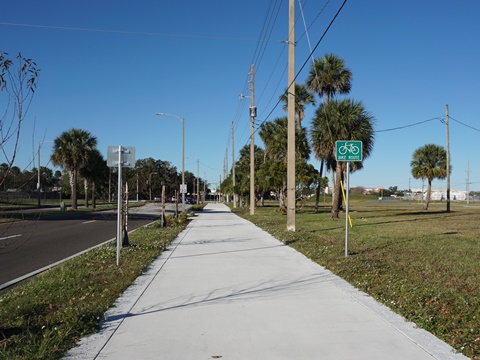 From E. Colonial Drive go south along Maguire Blvd./N. Crystal Lake Road and under the SR 408 expressway to E. Anderson St. (0.9 mile) and a future link to downtown. 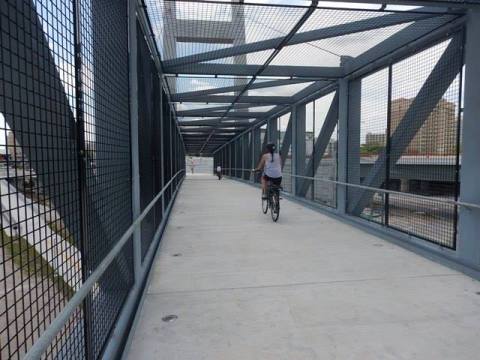 Orlando Urban Trail / W. Colonial Drive Bridge - From the Lynx Bus / SunRail Train Station at Livingston St., continue to the overpass at West Colonial Drive. Over the bridge, follow the path to Orange Ave. Go north along Orange Ave., then cross at Marks St. and continue to Weber St. Follow the trail along Weber and cross Magnolia Ave. Go north along Magnolia to complete the loop (1 mile).

Find A to Z
What's New
About Us
Site Map